DONALD TRUMP – LOVE HIM OR LOATHE HIM? 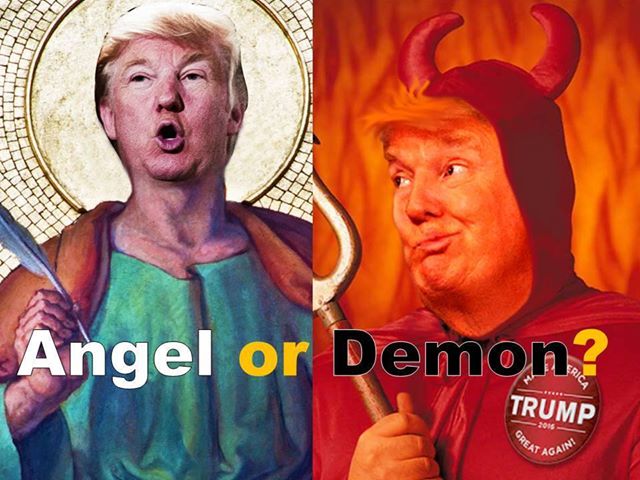 Love or loathe President Trump, the Bible is very clear about how we should respond to the new man in office; we should pray for him. The first two verses of 1 Timothy 2 leave us in no doubt about this, saying, “First of all, then, I urge that supplications, prayers, intercessions, and thanksgivings be made for all people, for kings and all who are in high positions, that we may lead a peaceful and quiet life, godly and dignified in every way” (1 Timothy 2:1-2)
It is actually beneficial for us to pray for our leaders, not to criticize them, not to complain about them, but to respect the fact that they have attained the office that they have and to pray for them. This action brings us peace, not least of all, because when we pray for someone, we put ourselves in a place where we give our feelings about them over to God and trust in HIS plan.

You see, each leader is put in place by God and Romans 13:1-7 is crystal clear about that. The first two verses lay out the theme for the rest of the passage: “Let every person be subject to the governing authorities. For there is no authority except from God, and those that exist have been instituted by God. Therefore whoever resists the authorities resists what God has appointed, and those who resist will incur judgment.” (Romans 13:1-2)

Is Trump a godly man, yea or nay? Well there is certainly plenty of evidence for both arguments doing the rounds on social media and I for one will not allow myself to be lowered to the half-truths of internet gossip as this is harmful to us. Proverbs 21:23 says, “Whoever keeps his mouth and his tongue keeps himself out of trouble.”
Keeping one’s tongue is as much about what we write as it is about what we say, especially when it’s in the public forum and the whole world can see it!

Throughout Biblical history God put kings and rulers in place, godly and ungodly, sometimes to bless the nations, sometimes to judge them and turn them back to Him (and so to ultimately bless them). Nebuchadnezzar, for example, was a brutal, powerful, and ambitious king who invaded, conquered and deported Judah in 597BC, but ultimately he was used by God. The book of Daniel tells this intriguing story. By contrast, King David was regarded by many as the greatest ruler that ever lived, but even he had his moments where he got it wrong and strayed from God’s plan (don’t we all?) but ultimately God used him to bless the nations.

I’m not asking you not to have a political opinion. I’m asking you to realise that all rulers are put in place by God, to quietly refrain from internet gossip (often, sadly, masquerading as ‘prophecy’) and trying to make your opinion heard above all the others and to simply, quietly and with dignity, pray for world leaders – really pray for them, that God’s plan may become clear and that people may turn to Him.

“If my people who are called by my name humble themselves, and pray and seek my face and turn from their wicked ways, then I will hear from heaven and will forgive their sin and heal their land.” 2 Chronicles 7:14